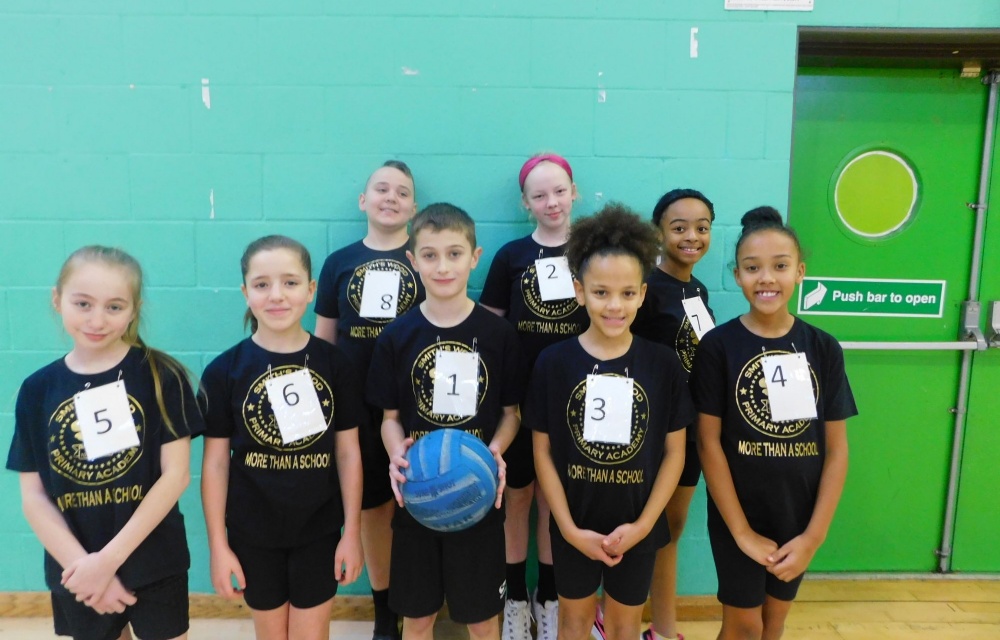 After many weeks of preparation, Smith's Wood's Netball Team attended the Netball Skills Tournament at North Solihull Sports Centre, along will 11 other teams

They completed five different skills that tested their netball abilities (including shooting, shoulder passes and snake ball runs) as quickly as they could. In the first round, they completed the skills in 6 minutes and 14 seconds - a great first attempt. This excellent time meant the team qualified for the semi-final in joint 3rd place. In the semi-finals the team beat their initial time and completed the five skills in an impressive 5 minutes and 56 seconds. The competition was tough though and as a result the team finished in 4th place overall - narrowly missing out on a bronze medal. Well done to all of the team for their hard work! Miss Gilmour and Miss Owen are very proud of you!

For more pictures from the tournament, please see our gallery